By Mariah Granai in Knight Life on November 15, 2018
No comments 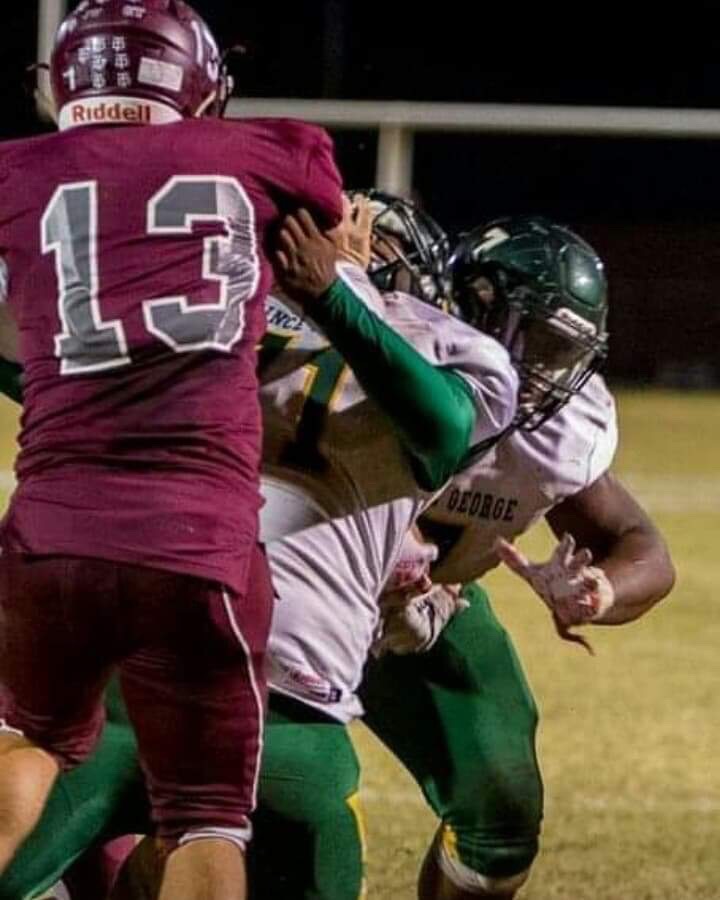 Jimmy Hayden is a two time recipient of “player of the week” on defense. He is being recognized this week for his exceptional performance in the home game against Prince George on November 3.

Making 10 tackles and 2 goal line saves, he also had 2 pass breakups preventing the Royals from scoring.

On the last drive of the game Hayden stopped the Royals #7 from making a touchdown.

Hayden helped finish the game at 28-20 with the Knights on top; “It was a hard fought game but we pulled it out like we have so many times this year” said Hayden.

Before games Hayden takes time to focus on the game and think about a few game goals he wants to achieve. He also trains outside of school during and after football season.

His father is his biggest supporter who watches his games. On the way home,  will talk to him about his performance and will give Hayden pointers. Hayden was even coached by his father in his recreational days.

Thanks to his father, coaches and teammates, Hayden is a great player! 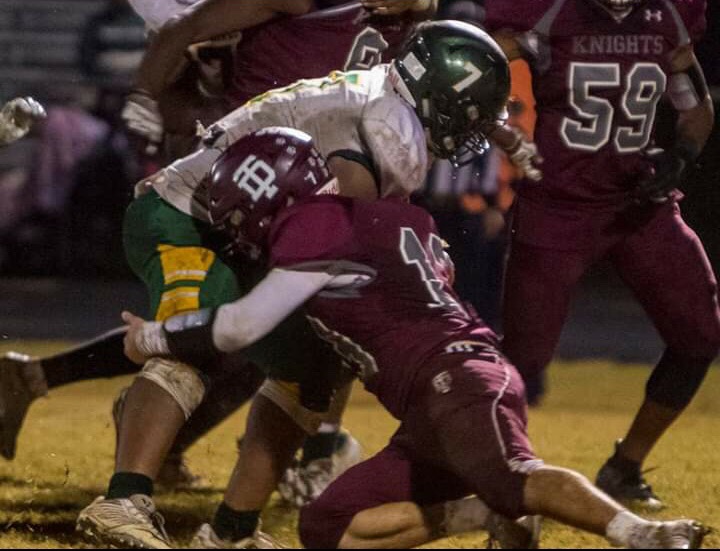 View all posts by Mariah Granai

Check out the Arts electives for next year on the TDHS Fine & Performing Arts website.

Want to work with the student newspaper or morning announcements?

Use this form to let us know your interests, and we’ll send you an invite to an after-school Knightly News Freelancer’s Meeting.